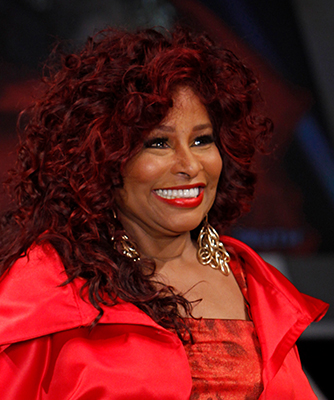 Chaka Khan is one of the world’s most gifted and celebrated musicians, with a rich musical legacy, the 10-time GRAMMY® Award-winner is looking forward to a celebration of a lifetime.

She has the rare ability to sing in seven music genres, including R&B, pop, rock, gospel, country, world music and classical.

Affectionately known around the world as Chaka, she is revered by millions of fans as well as her peers for her timeless, classic and unmatched signature music style and ability.

The late, great Miles Davis often said, “She [Chaka] sings like my horn.” And the Queen of Soul, Aretha Franklin says, “[Chaka] is a one- of- a -kind, premier vocalist.”

“I am honored and blessed to celebrate 40 years in music and entertainment,” says Chaka.

“I am so humbled by the love, support and gracious spirit of my fans worldwide and the continuous support my peers have shown over the years. Throughout my 40-year career, I have been through the fire a few times over and I’m still here as a living testament to God’s love and grace. Next year, I will be celebrating 40 years in the business and 60 years on earth, which equals one hundred percent Chaka.”

Early on, she caught the attention of music icon Stevie Wonder, who penned her first smash hit with Rufus, “Tell Me Something Good.”

The single from the group’s 1974 platinum-selling album, Rags to Rufus, earned Chaka her first GRAMMY Award. With Chaka as the group’s dynamic center, Rufus became one of the most popular acts around selling out shows throughout the country and dominating the airwaves with hit after hit with songs such as “You Got the Love,” which Chaka co-wrote, “Once You Get Started,” “Sweet Thing,” “Everlasting Love,” “Do You Love What You Feel?” and “Ain’t Nobody,” Chaka’s second GRAMMY Award-winning song with Rufus. Rufus and Chaka Khan racked up five RIAA certified gold and platinum albums during their time together.