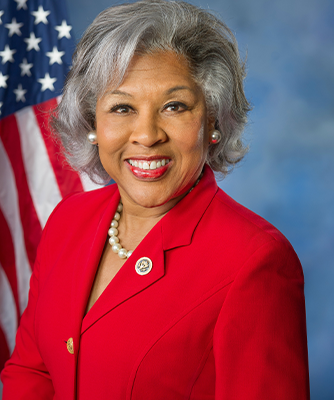 Congresswoman Joyce Beatty, the chair of the Congressional Black Caucus, is a native Ohioan with a strong history of connecting people, policy, and politics to make a difference.

She sits on the exclusive House Committee on Financial Services and serves on two Subcommittees: Chair of Diversity and Inclusion; and Housing, Community Development and Insurance.

The Financial Services Committee oversees the entire financial services industry, including the nation’s banking, securities, insurance, and housing industries, as well as the work of the Federal Reserve, the United States Department of the Treasury, and the United States Securities and Exchange Commission.

As Chair of the Financial Services Subcommittee on Diversity and Inclusion, Beatty leads efforts to ensure the financial services industry works better for all Americans.

Congresswoman Beatty has dedicated her life to helping make an impact by delivering results and through service to Central Ohio.

In Congress, Beatty has had numerous pieces of legislation signed into law, including two measures to combat human trafficking, and another to empower college students to make more informed financial decisions.

She also spearheaded legislation officially designating the National Veterans Memorial and Museum located in downtown Columbus, as well as a bill to make the tax deduction permanent for out-of-pocket expenses paid by elementary and secondary teachers for supplies and expenses, and a measure to improve legal services for veterans experiencing or at risk of homelessness.

Congresswoman Beatty is Chair of the powerful Congressional Black Caucus, Region 10 designee on the Democratic Steering and Policy Committee and is an influential member of the Democratic Seniors Task Force, Co-Chair of the Financial and Economic Literacy Caucus and Congressional Heart and Stroke Coalition, Deputy Vice-Chair of the Congressional Voting Rights Caucus, and founder of the Congressional Civility and Respect Caucus. She was also tapped by Speaker Nancy Pelosi to serve on the United States Congressional Joint Economic Committee and the Kennedy Center Board of Trustees. Outside of her committee and numerous caucus memberships, Beatty is a committed and vocal supporter of early education, women’s equality, concussion awareness, and the Office of Minority and Women Inclusion (OMWI), which seeks to increase the participation of women and minorities in all facets of the financial marketplace, among many other priorities.

Congresswoman Beatty was previously named one of Ebony Magazine’s 150 most powerful African-Americans in the United States.

Congresswoman Beatty is married to attorney Otto Beatty, Jr. and a proud grandmother to Leah and Spencer, who lovingly call her “Grammy.”