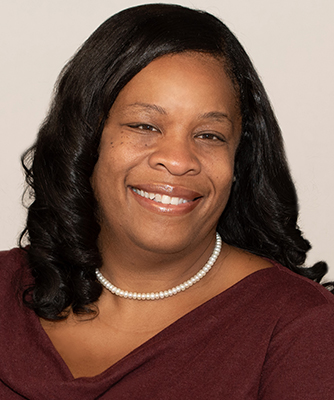 Dr. Peggy Edwards-Jones, a native Washingtonian, currently serves as the Principal of the Friendship Collegiate Academy Early College Campus located in the northeast area of Washington, D.C. Dr. Edwards-Jones graduated from the George Washington University with a B.S. in Applied Mathematics, the University of the District of Columbia with a Masters’ Degrees in Teaching Mathematics, Arizona State University with a Master’s in Educational Leadership and Bowie State University with a Doctoral degree in Educational Leadership. In the past decade and a half, Dr. Edwards-Jones received numerous awards in Education, including the Most Outstanding Principal/Administrator of the Year STARS Award from the District of Columbia Public Charter School Board in 2014.

Her proudest moments in education thus far has come from her years as a High School Principal, in graduating over 3,500 scholars, where 100% of her scholars were accepted to a college or university, some of her scholars graduating with one to two years of college completed before leaving high school and at least 80% of those scholars who graduated successfully completed their 1st year of college.

Over the years, Dr. Edwards-Jones has served in various educational roles including as a high school engineering teacher, mathematics teacher (grades 6 – 12), Assistant Principal, Principal, Head Principal, Head of Schools and a school district’s Director of Mathematics. She has traveled and lead turn around school initiatives for her school district and with Friendship’s partnership school in Baton Rouge, Louisiana.