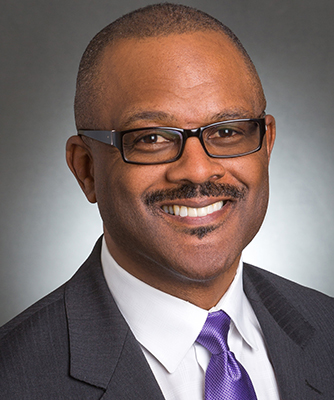 Gerald Johnson was named executive vice president, Global Manufacturing effective April 1, 2019.  In this role, he leads GM’s global manufacturing operations, and the manufacturing engineering and labor relations organizations. He is a member of the GM Senior Leadership Team and serves on the GM PAC Board and Steering Committee.

Previously Johnson served as GM vice president of North America Manufacturing and Labor Relations, a position he held since August 2017.

Before that he served as vice president of Operational Excellence, where he worked to develop and execute an enterprise-wide cultural transformation with a focus on process discipline, continuous improvement and waste elimination. Under Johnson’s leadership, a team of Lean Six Sigma experts developed a training initiative and coached employees in projects that improved the company’s operations efficiency.

Johnson started at General Motors in 1980 at the Fisher Body Plant in Euclid, Ohio. His career includes a long list of manufacturing and quality roles both in North America and abroad. Throughout his career, he has served as a mentor to many young professionals as well as played an active role in community organizations and is currently on the Kettering University Board of Trustees.

Johnson earned a bachelor’s degree in industrial administration from Kettering University and a master’s degree in manufacturing operations from the Massachusetts Institute of Technology.