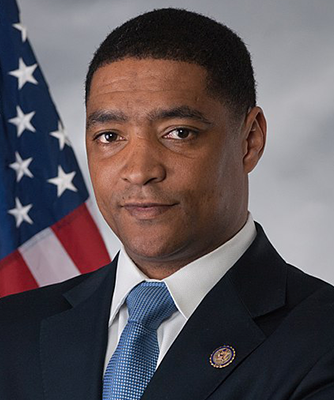 Cedric Levan Richmond (born September 13, 1973) is an American attorney, politician, and political advisor serving as a senior advisor to the president and director of the White House Office of Public Engagement in the Biden administration. A member of the Democratic Party, he was the U.S. Representative for Louisiana‘s 2nd congressional district from 2011 to 2021. His district included most of New Orleans.

From 2017 to 2019, Richmond served as Chairman of the Congressional Black Caucus. Beginning with his third term, he was the only Louisiana Democrat serving in either chamber of Congress. He served as State Representative from New Orleans to the Louisiana State House from 2000 to 2011. In 2019, he was named the first national co-chairman of the Joe Biden 2020 presidential campaign. On September 5, 2020, he was named a co-chair of Biden’s presidential transition. On November 17, 2020, Richmond announced he would leave Congress in January 2021 to serve as Senior Advisor to the President and director of the Office of Public Liaison.