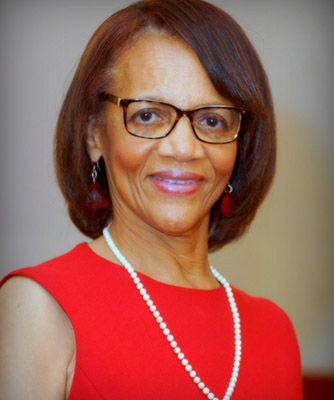 Jackie Hampton, a native of Jackson, MS, is Publisher and Co-Owner of the Mississippi Link Newspaper, a weekly publication that has served the community for nearly 27 years. She currently serves as national secretary of The National Newspaper Publishers Association. She strongly believes in carrying the torch of the black press for the advancement of our communities and country.  She is a member of the Board of Directors for The Mississippi Press Association.

Jackie is the recipient of several national and local awards.  In June of 2017, at the annual NNPA convention held in Prince George County, Maryland, Jackie was named “Publisher of the Year.” The award, voted on by members of NNPA is given to a publisher that exudes the qualities of service to their community, service to NNPA and the overall layout and impact of their newspaper.  On July 29, 2019 she received the Image Award in the field of media from Phi Beta Sigma Fraternity, Inc., Mu Sigma Chapter during their local annual Scholarship and Awards Banquet. On January 1, 2017, during the occasion of their 109th International Founders Day held at Tougaloo College, Jackie was presented the Community Service Recipient of the Year Award from Alpha Kappa Alpha Sorority, Incorporated Beta Delta Omega Chapter. She has received awards from Alcorn State University, Mississippi Valley State University, Tougaloo College, Jackson State University and Grambling State University for participating in their annual media day activities serving in capacities as keynote speaker and media panel contributor.