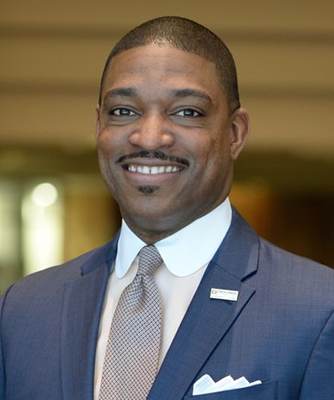 Rev. Dr. Starksy Wilson is a national thought leader in racial justice, community organizing, and movement building. He is a champion for children’s rights and has a longstanding relationship with the Children’s Defense Fund, having led the effort to bring the CDF Freedom Schools literacy and empowerment program to serve children and families in the St. Louis area and serving as a leader of the annual CDF Proctor Institute for Child Advocacy Ministry.

In the wake of the 2014 shooting of teenager Michael Brown, Dr. Wilson co-chaired the Ferguson Commission, which released the ‘Forward Through Ferguson: A Path Toward Racial Equity’ report calling for sweeping changes in policing, the criminal justice system, child well-being and economic mobility.

Marian Wright Edelman brought Dr. Martin Luther King, Jr.’s vision to the movement to end child poverty. Now, entering a new chapter of the struggle for equality and justice in America, the CDF said it’s incredibly honored to follow the leadership of Dr. Wilson to guarantee the rights of all children.

The CDF works with Congress and the federal government to advocate for federal policies that improve children’s lives.

The organization also advocate at the state level, pushing for policy reforms through our six state offices that collectively represent nearly 40 percent of all children living in poverty in America.

And the CDF trains and equip young people, faith communities, decision makers and community organizations to become local advocates for children across the country.

After four decades of advocacy, CDF officials said they know that changing the system to better serve our children takes time – and there are children across America who need help now.

The CDF runs programs that change the odds for children like CDF Freedom Schools, which reach more than 12,000 children every year, empowering them to excel today and make a difference tomorrow.

And because the CDF’s Freedom Schools are staffed primarily by college students of color, the organization is building two generations of change-makers at the same time.

For more than 40 years, the Children’s Defense Fund has been fiercely independent and unwavering in its defense against any attack on children.

The CDF continues to work every day, at every level and on behalf of every child to improve their lives right now and for generations to come.

Dr. Wilson began his tenure as President and CEO in December 2020.