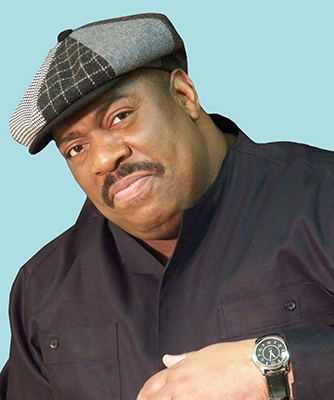 Known as the Prince of Gospel, Kee picked up where Rev. James Cleveland left off when he passed away in 1991.  Although there are modern elements to his music, Kee has largely kept the traditional black choir style that Cleveland popularized alive and well with such songs as “Show Up”, “New Life”, and “Wash Me.”

The next to last of 16 children, Kee was born June 4, 1962, in Durham, North Carolina. A handsome and gifted child, Kee excelled in school.

He graduated from North Carolina School of the Arts at the age of 14 and later attended the Yuba College Conservatory. Before he came of age, Kee was gigging with jazz legend Donald Byrd and funk band Cameo.

When he was on the road with singer James Taylor, Kee bgan to sell drugs.  “I was working mainly to support my drug habit” he told Rejoice Magazine. “I didn’t use crack, but I free based, which is the same spirit.”

When a cocaine exchange went awry, he saw a buddy murdered. “And that’s been my testimony from day one. To know that this brother died in my presence for forty dollars crushed me.  But what it also did was allow me to go home and repent.

“That doesn’t mean to go home and cry, but it means to re-evaluate your situation to rethink who you are. That is what happened to me. I was hustling and selling drugs, but it stopped that day.  God got my attention, and that was the day I surrendered my will to him. I didn’t smoke any more coke or marijuana from that day on.

“I wasn’t totally free because I was still running the girls (pimping), but God delivered and freed me, and I realized that salvation was a process.”

Kee became a musician for Jim and Tammy Baker’s PTL Club in Charlotte.  He started writing songs and sending them to artist. Some of the first to record them were Edwin Hawkins, who recorded “Jesus Lives In Me”, and the New Jerusalem Baptist Choir, who recorded “Show Me The Way.”

In 1981, Kee founded the New Life Community Choir with 60 members. At the time, it was nicknamed the welfare choir because so many of the members came from the hood.

In 1987, Kee made his debut with the Yes Lord LP on Tyscot Records. Then the choir recorded Wait On Him for Tyscot, which peaked at No. 4 on the gospel album sales chart and won three Stellar awards in 1989, including one for Song of the Year for “It Will Be Alright.”

In 1995, Kee founded the New Life Fellowship Center in Charlotte where he is full time pastor. He and his wife have 8 children, another choir in the making.