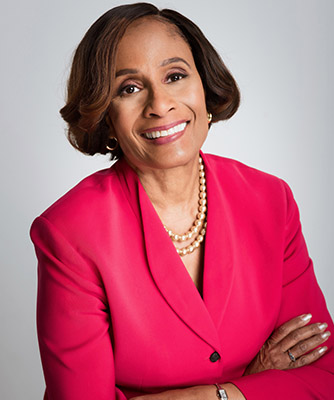 Reverend Dr. Frances Murphy Draper (b.k.a.  Pastor Toni) is the visionary and founding pastor of the Freedom Temple African Methodist Episcopal Zion Church in Baltimore, Maryland (formerly known as John Wesley A.M.E. Zion Church). Prior to her appointment to the John Wesley Church (September, 2002), she served as an associate minister at the Pennsylvania Avenue AME Zion Church (1996-2002) and The Lord’s Church (1991-1996).

A national certified counselor, Dr. Draper is the immediate past president (1986-1999) of the AFRO-American Newspapers (a publication founded by her great grandfather in 1892) and currently serves as its treasurer and board member. Since 1995, she has been a gubernatorial appointee to the Morgan State University Board of Regents where she serves as Board Secretary.  In addition, she serves as a stewarding team member for Partners for Transformation. Dr. Draper has a passion for souls and for seeing God’s people reach their fullest potential in Him! For more than 35 years, Dr. Draper has been married to Andre Draper and they have four children and nine grandchildren.