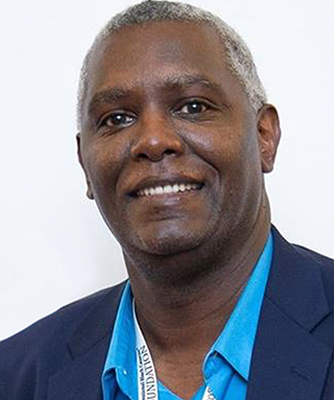 Stacy Brown is the senior national correspondent of the NNPA. He has more than 25 years of experience as a journalist having worked for the Daily News of Los Angeles, the community news division of the Los Angeles Times, Gannett, MSNBC, and the Scranton Times Tribune.  He has won multiple awards including Northeast Pennsylvania Journalist of the Year twice in 2006 and 2007. He was also honored with a Stacy Brown Day in Scranton Pennsylvania in April 2010, and most recently in June 2020 won Best Series Award from The Society of Professional Journalist for an ongoing series about Black Women of the Suffrage Movement for the Washington Informer.  He has done freelance work for the New York Post, JET, Us Magazine and the New York Times.

He is the author of “Celebrity Trials: Legacies Lost, Lives Shattered, So What’s the Real Truth.” The  co-author of Blind Faith: The Miraculous Journey of Lula Hardaway and her son, Stevie Wonder (Simon & Schuster) and “Michael Jackson: The Man Behind The Mask,

An Insider’s Account of the King of Pop” (Select Books Publishing, Inc.)