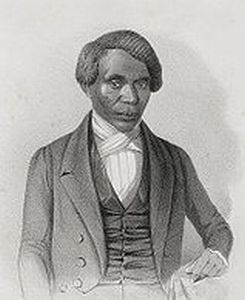 Wright despised slavery and racism and spoke openly about it, even though at this time it was very dangerous. He is best known for his works as an abolitionist and devotee of black civil rights.  Throughout the 1830s he was an agent of the New England Anti-Slavery Society which sponsored his travels and lectures condemning racial prejudice. Wright’s two most influential speeches were “The Progress of the Antislavery Cause” and “Prejudice Against the Colored Man.”  He wrote several entries and speeches for William Lloyd Garrison’s Liberator, the leading anti-slavery newspaper in the United States in the antebellum period. (Source: BlackPast.org)