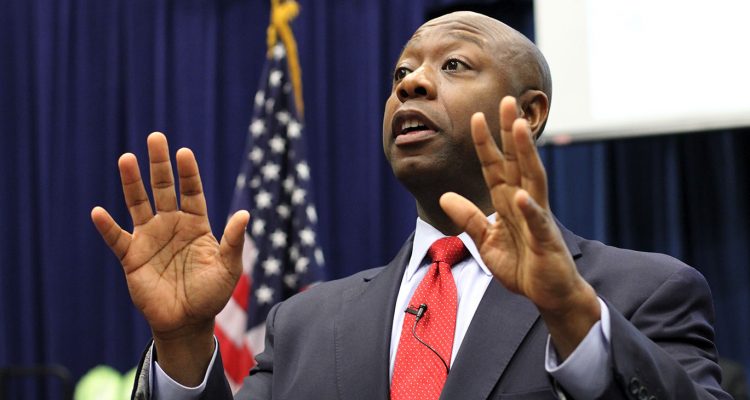 “Hear me clearly: America is not a racist country,” said South Carolina Republican Tim Scott, the only African American Republican in the U.S. Senate.

In remarks that appeared to demonstrate a need to confront racial guilt and White grievance at a time when the FBI has declared White supremacy a national security threat, Sen. Scott appeared to have tasked himself as someone Republicans could quote to deny racism in America.

A recent spike in Asian hate crimes has also been documented following months of Donald Trump using rhetoric that blamed China for the COVID-19 pandemic in the U.S.

“Can anyone name social, political or economic institution in American society where widespread racial disparities or discrimination does NOT exist,” wrote Michael Harriot, a senior writer at The Root.

Sen. Scott was delivering the official response to President Biden’s first State of the Union. His remarks arrived 99 days after the departure of President Donald Trump who some historians are defining as one of the most racist presidents in modern U.S. history.

During Trump’s four years in office the number of race-related hate crimes increased as did the prominence of groups such as the Proud Boys, and the Department of Justice was forced to focus increasingly on domestic terror threats. In August 2017, a race riot broke out in Charlottesville, Virginia after White supremacists arrived in the city three times to protest the potential removal of a statue of confederate General Robert E. Lee on the campus of the University of Virginia.

“It’s backwards to fight discrimination with different types of discrimination. And it’s wrong to try to use our painful past to dishonestly shut down debates,” Scott added.

Scott’s speech arrived at a time when the Republican Party is redefining itself after Donald Trump. Some in the party believe they should embrace Trump. Others in the party are pushing to move away from Trump.  The party often forwards one of the few African American Republicans in Congress to deflect criticism on race.

Sen. Scott has often served in the role. He sent out several fundraising e-mails shortly after his response to President Biden.