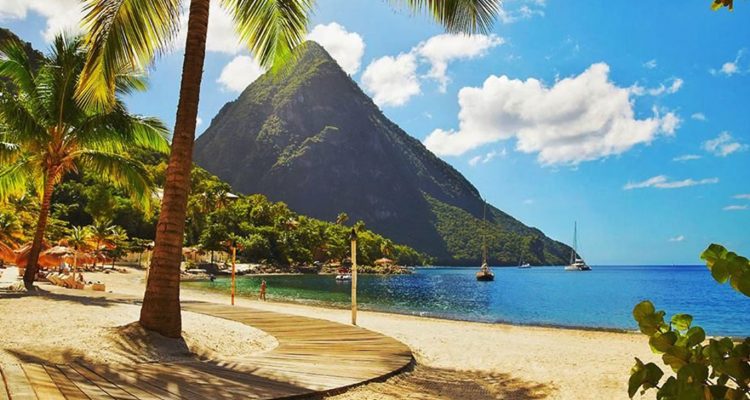 TRAVEL: Why St. Lucia might be a Black traveler’s paradise

It’s been a rough year.

The whole world has spent the better part of the past 12 months isolated and cooped up in their homes. Thanks to cautious measures and vaccinations, people are beginning to be able to emerge from this forced seclusion.

The pandemic hit the travel industry hard. International flights especially were throttled back and came to a near standstill. But now the birds are flying again, and there are a lot of folks who are looking for the chance to get out and visit new places. Part of this is the normal urge to explore, but in this new time a big part of it is finding a setting to reset and just breathe.

African Americans are part of a new and growing travel wave, well preceding the pandemic. According to a study conducted by Mandala Research prior to the advent of the coronavirus, the value of African American travelers increased from $48 billion in 2010 to $63 billion in 2018. It is safe to assume Black travelers will be among those looking to spread their wings as soon as possible, but where to go?

For many travelers, a tropical island is highly desirable.

In that vein, St. Lucia is an interesting and somewhat hidden option. For African American travelers looking to escape the daily grind in an organic wonderland, it may hold particular interest for a variety of reasons. While it is not at the forefront of destinations in the area, interest is growing enough that American Airlines has invested in a new non-stop weekly flight from Dallas to the island this month.

St. Lucia is one of many Caribbean islands. As such, it offers a very hospitable climate. It gives travelers the picturesque scenery of lush foliage seamlessly meeting tranquil ocean views. Nature hikes, diving, sailing and simply relaxing on the beach are among the pleasures that many islands in the region can offer their guests.

The Pitons are two volcanic mountains in St. Lucia (represented in their travel logo in fact) which are quite stunning, and designated as a UNESCO World Heritage Site. Botanical gardens, mineral baths and quaint fishing villages are in abundance.

St. Lucia does have some advantages in this area. It is located south of the “hurricane belt,” meaning that vacations are less likely to have to be postponed or interrupted by inclement weather. It boasts accommodations from small boutique hotels to lush all-inclusive resorts at a wide range of price levels.

The food offerings on this island include many of the creole concoctions the region is known for. But there are some peculiarities the locals take great pride in. The St. Lucian banana is apparently a culinary charmer distinct from the common variety we find in the U.S., and it makes its way into breads and even ketchup. St. Lucia is also a heavy producer of chocolate, and guests are often invited to create their own organic chocolate bars from scratch. The island holds everything from food trucks to five-star restaurants.

Promoters of St. Lucia travel will point out that its inhabitants span a wide range of ethnicities. However, more than 80% of St. Lucians are of African descent. Black culture winds its way into every facet of life on the island. The design aesthetics, art, fashion and food reflect this heritage. The music from St. Lucia blends heavily African reggae, calypso and modern sounds trading notes with artists from the U.S. and around the world.

As a nation, St. Lucia become independent from British rule in 1979, and is now the only sovereign nation named after a woman (another source of local pride). The journey of its Black population mirrors that of the U.S. in many ways. The struggle for freedom spanned a longer period; from a French governor declaring emancipation in 1794 to a takeover by the British, who eventually abolished slavery themselves in 1834.

Other ethnicities in St. Lucia includes Europeans, Amerindians and a sizable contingent of East Indians (who add a curry kick to some of that local cuisine).

While other Caribbean islands can offer much of the same scenery, flavor and even African heritage that St. Lucia does; it is the scale at which it does it that gives St. Lucia a bit of an edge.

The island nation is a total of 27 miles north-to-south, and 14 miles east-to-west. At last count there were just over 180,000 local residents. In total, there are just over 5,000 hotel rooms available in the whole country, not much more than some of the mega cruise ships that wander about the area.

While tourism accounts for 65% of the nation’s foreign trade, the simple capacity limitations keep it from becoming a turnstile destination. Not much in ravel can be as disappointing as paying good money only to be engulfed in a throng of fellow American tourists.

On the flip side of that, it is a good idea to secure a travel itinerary in advance.

There is still a big elephant in the room when it comes to travel these days. The COVID-19 pandemic is global, and St. Lucia was not spared. As of press time, the CDC still has the island listed under a Level 4 travel advisory.

The situation around the virus is constantly changing, and just this week the government of St. Lucia announced some easing of measures used to combat the virus.

“While all visitors to Saint Lucia can currently experience a wonderful vacation as well as approved tours and attractions, fully vaccinated travelers are now invited to explore the entire destination at their leisure, while following our protocols,” said Hon. Prime Minister Allen Chastanet.

Travelers are advised to check the regulations for testing both entering and leaving the country.

As for crime, St. Lucia is like most destinations in Europe and Latin America in that petty theft is not uncommon. Violent crime against tourists is rare.

All Americans traveling abroad should remember that travelers are subject to the laws and regulations of the country they visit.

As the pandemic has wrecked the tourism industry worldwide, resorts and businesses in St. Lucia are making special offers to welcome visitors back. More information can be found online at the website stluciatime.com.